Feeling stressed about the Coronavirus? Find a sense of relief during these uncertain times with TherapyWorks' online therapy.
Learn More 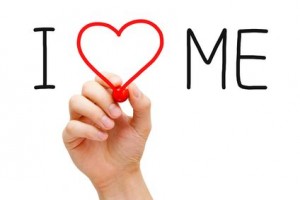 Self Worth.. What the heck is it really?!

About 2 years ago I came face to face with this question after having undergone tennis elbow surgery (for reasons far less glamorous than it actually being a tennis injury). At the time I was staying at home full-time with my 4 children (then ranging in ages from 3-16yo) and found that my obsessive cleaning had led to a tear in the tendon in my right arm. After a couple cortizone shots, some physical therapy, and months of wearing braces, icing the elbow, taking anti-inflammatory medicines I decided enough was enough and scheduled my surgery.

Knowing that this was going to be a pretty long process, my husband and I went to work on preparing our older kids for more household responsibility, and in doing so, I even got a sweet dishwasher out of the deal. But the prep work didn’t stop there.

I’m right-handed, so I practiced for a couple weeks training myself to learn how to use my left hand for much of what I took my right granted for.. Showering, hair brushing, you name it. I even got some tips from a friend who is ambidextrous to help me make the process somewhat smoother. But what happened during the months following my surgery was something I was completely unprepared for.

I remember waking up from the surgery in excruxiating pain. Not the worst I’ve ever felt, I mean I am pretty versed in childbirth; yet I was not expecting to wake up to the dull, intense ache of the screw that was now imbedded in my elbow, holding my freshly reattached tendon in place.

In the next few days I had another experience I wasn’t prepared for as well. Within a week of having the surgery I found myself feeling more depressed than I can recall having ever felt. I couldn’t get a hold on what was happening. Why did I feel so empty, so lost, so pointless? Where had all my purpose gone?

Something was seriously amiss. My husband watched as each day passed and decided to take action. Unbeknownst to me, he called one of my closest friends. I recall the “death stare” I gave him when she told me he had called and she was worried about me. I attempted to describe what I was feeling to her and what she said next struck a cord that resonates in me to this day.

“I think it’s time you took a look at where you have been basing your self worth. You are not a human doing, you are a human being.” She went on to point out that it seemed pretty apparent that I derive my worth based on what I do, not on the basis of being enough without having to earn my place in my home, let alone the world.

FreeDictionary.com defines Self Worth as: 1) n. the sense of one’s own value or worth as a person; 2) n. respect for or a favourable opinion of oneself. Not anywhere in that definition does it describe self worth as having the cleaniest house, the friendliest and most well-mannered children, nor does it speak of self worth as working hard to perform feats only a Superhero could pull off… Self worth by it’s very definition is a noun. Not a verb.

Having spent so many years gauging my worth based on my performance at work, in the home.. Surgery had left me feeling impotent. The questions swirled and kicked out rapidly from the centrifuge of my mind.

Who was I if I couldn’t have dinner on the table, the laundry done, bathe my children? Who was I when all of the work was stripped away and I was incapable of even showering (for a time) without needing to ask for help? Who am I if I can do nothing?

And my friend’s words kept ringing in my ears… Human being not a human doing.

Stay tuned for Part 2 of our Re-Defining Your Self Worth Series.

To learn more about the benefits of therapy and how TherapyWorks can help, we invite you to contact us or schedule an appointment today.

Let’s stay healthy together! All services are now exclusively online.
The health and wellness of our community is our top priority and we are committed to your care as trusted resource. Click below to learn more about:
Our response to COVID-19
Online Therapy
Scheduling an Appointment